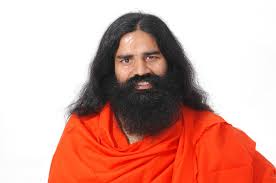 Swami Ramdev Ji is a revered saint and a preacher from India. He has created a “Yog” revolution by teaching Pranayama, an ancient Indian art of breathing exercises. Swami Ji deeply studied and mastered the art of Yog (an art of mind and body control, which was discovered, researched and perfected by learned saints and seers of ancient India). Saint Patanjali, more than thousand years ago, compiled this knowledge and popularized it in his writings. Swami Ji, while studying these ancient scriptures, realized that Yog is a divine science which brings mankind on the path of positive thinking and a healthier body.

As more and more people around the world become health conscious, Swami Ji decided to spread his knowledge to the masses. In 1995, along with his learned companion Acharya Balkishan Ji, a great scholar and famous Ayurvedic preacher, he established Divya Yog Mandir trust as well as Patanjali Yogpeeth in Haridwar, India. This is an institution for scientific research and treatment with Yog, spiritualism and Ayurveda. More than 2 million people visit these institutions for help, every year. His message of wellness, health and humanity are the core beliefs of his yoga practices. The reason for the popularity of Yog is that it’s not bound by gender, religion, status, caste, community or language. Anyone, be it a devotee or an atheist, an amateur or a professional, a sick or healthy person, can benefit from Yog in one way or another. Yog is complete in every aspect because it touches every sphere of human life. It is a complete lifestyle, a complete body therapy and above all a complete spiritual insight.

Swami Ramdev Ji is well versed in Ayurveda (traditional system of holistic medicine) and Vedic Indian philosophy. He has been teaching Indian scriptures such as Ashtadhyayee, Mahabhashya and Upnishads along with six systems of Indian Philosophy in various Gurukuls (traditional Indian systems of education). He preaches self control and determination to get rid of worldly vices.

Swami Ramdev Ji has been spreading his knowledge of Yog by creating monthly training camps in cities all over India. Ten of thousands of people have been benefiting from these camps. His educational shows are broadcasted on Indian national TV (AASTHA channel) from morning 6-8 AM and Evening 8-9 PM (IST) several times a week. He also has good health such as Total Tandurusti airing on Zee network, a show on Sahara One at 9:00 AM, Yoga Science on India TV at 7:30 Am & 1:30 PM. Total viewer-ship numbers within the millions.

Since 2006, Swami JI has held dozens of Yog camps in USA, UK, and in other parts of the world. He was also invited to New York by the UN to address and show solidarity with its eradication of world hunger program. He is totally dedicated to further research on Yoga and medicinal value of traditional Herbs for betterment of overall human health. He firmly believes, “Good Health is the birth right of all human beings”. 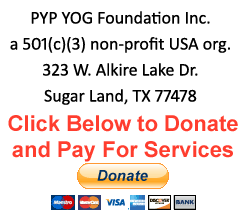